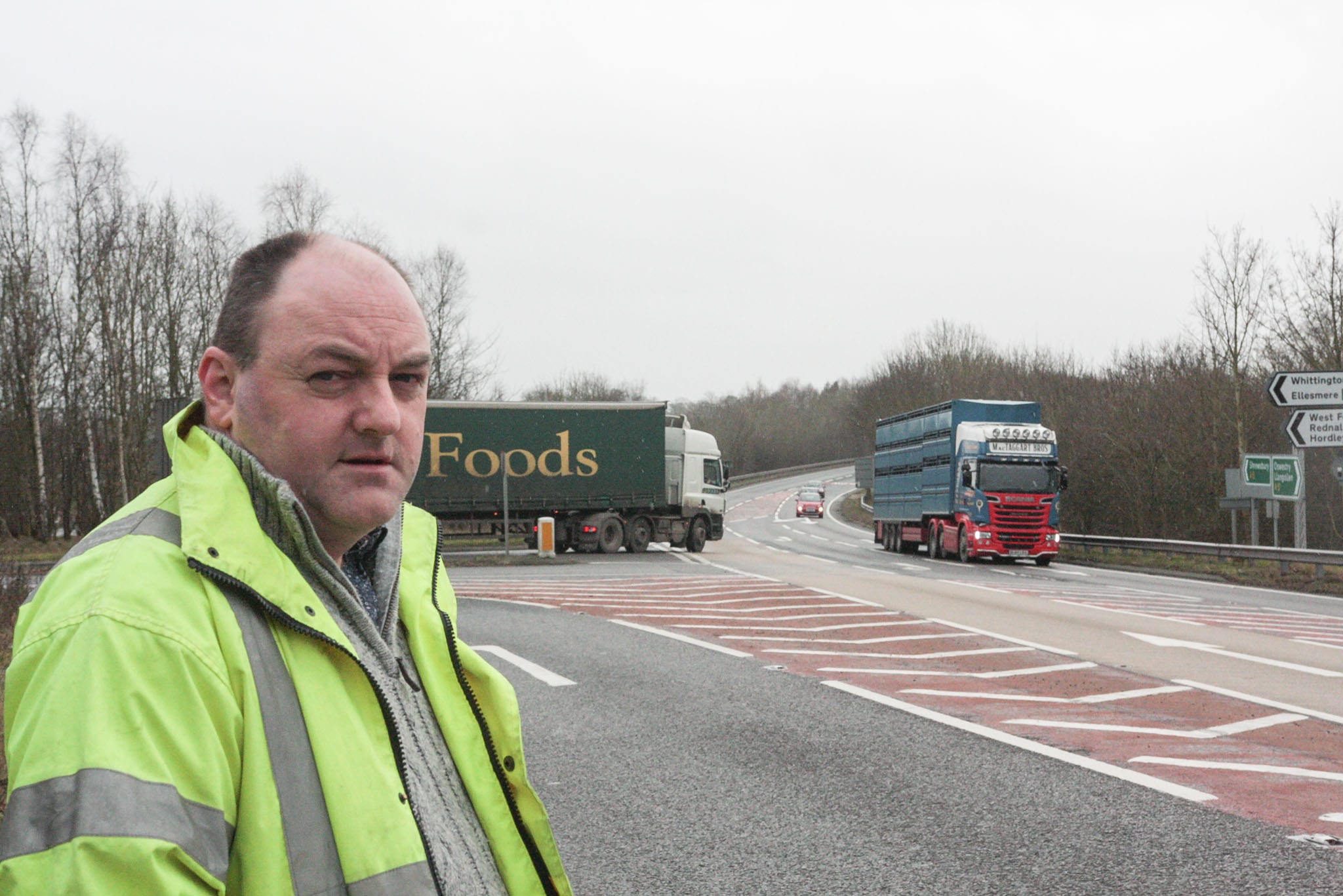 The Queens Head junction continues to be a concern. As traffic levels rise, the need for action is becoming more urgent all the time.

The latest available Road Traffic Accident data was released last October. The data for Whittington and West Felton Parishes broadly follows the trend shown in increasing traffic numbers across the country. However, the provisional data to June 2016 shows a potentially worrying spike. The last column on the right shows that the first half of 2016 had nearly eclipsed the annual total of the year before. If that trend continued through the rest of 2016 then 2016 would have had double the accidents of the year before and of the average since 2008.

The last column on the right shows that the first half of 2016 had nearly eclipsed the annual total in 2015 and matched the average of the years before (13 accidents.) If that trend continued through the rest of 2016, then 2016 would have had double the accidents of the average since 2008. If there were no more accidents in the rest of 2016 then the figures would be on average. The later would be welcome but not a reason for complacency. Odds are that it is the former.

Residents have expressed concern about the A5 and the traffic growth for years. Some have called for the A5 to be converted to a dual carriageway and others have called for the addition of round-a-bouts at Queens Head and at Shotatton crossroads. The original design of this junction was questionable. It is clear to everybody who uses these junctions, on a daily basis, that the potential for serious problems is of growing concern. Far better to sort out these inadequate junctions before something serious happens. Over to you Highways England….

Crashmaps.co.uk is a useful site for seeing the location and details of reported road traffic accidents. The full 2016 figures will be made available by the department of transport next June