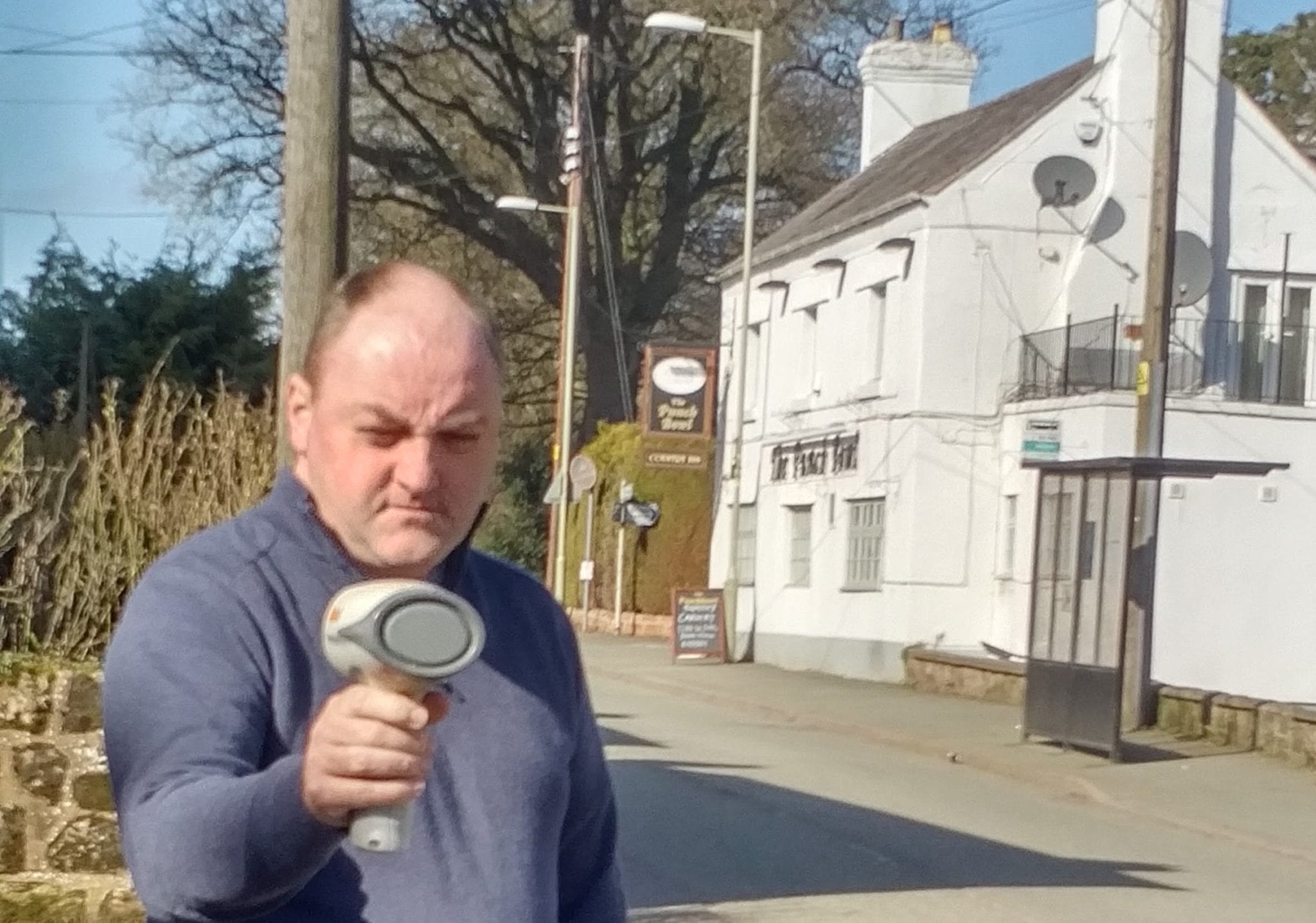 After my last Focus, the feedback I received via text, survey, email or on the doorstep had a consistent theme… traffic, speeding, parking and the high number of HGVs. Park Hall, Whittington, Babbinswood, Queens Head and West Felton having specific problems. Speeding has previously been highlighted as a problem in the Whittington Parish Plan. Similar issues over parking were identified in the West Felton Parish Plan. Namely, parking by the school and the shop, the need for double yellow lines and the use of the Punch Bowl car park to alleviate that.

Talking to residents on Station Road and Boot Street in Whittington, the HGVs are a particular concern. With many accidents and near misses as lorries pass through the town, with pedestrians nearly being blown off the pavements or nearly being hit by cars driving along the pavements trying to avoid a lorry.

Poorly located signage also came up as an issue in West Felton and Babbinswood. Another issue was speeding cars harassing motorists who were obeying the speed limit, including one instance of a driver gesticulating at a probationary driver.

So armed with a speed gun I went out to see for myself what the problems were.

I found speeding across the division. The most excessive speeds over the speed limit recorded are shown below, along with the 85th percentile speed and the average: One of the better roundels in Queens Head. Many are far worse and next to invisible to a driver.

The differences are down to the geography and the conditions on the road. Both Boot Street and Holyhead Road have flashing reminder signs and some calming measures. Babbinswood doesn’t have anything. Queens Head has 30mph roundels marked on the road. However, these are in very poor condition and need refreshing.

When I was a County Councillor I was one of the members that sat on the task and finish group that reviewed village speed limits. One of the findings was that flashing reminder signs were particularly effective in reducing excessive speed. Over time the effect diminishes as drivers get used to seeing the signs. The most effective signs were moveable flashing signs as they reduced this drop-off. They also allow the signs to move around the villages and reduce the cost of using them significantly. The differences in the speeding Between Queens Head and West Felton clearly shows the benefit of flashing signs. A typical speed in West Felton approaching The Cross

I recorded speeds using standard practice for a speed survey, measuring traffic in free flow conditions. The speed of a vehicle was only recorded for the first vehicle in a queue, for example, as the remainder of the queue isn’t driving in ‘free flow’ conditions. Speeds were measured by random sample for an hour at a time until sufficient observations were made. Some sites were revisited at another time of day. Figures generally recorded in either rush-hour weren’t included because they weren’t in ‘free flow’ conditions. They do have some use for me though in assessing the prevailing conditions. My biggest conclusion is that I need to do this again. So I will be out again to gather more data. It is quite apparent from what I have seen and measured that speed in Babbinswood and Queens Head, in particular, can be tackled and be self-enforcing. The Police would insist on any scheme being self-enforcing as they don’t have the resources. Introducing moveable flashing signs, narrowing and other driver reminders and renewing roundels will improve matters considerably.

Existing signage can be improved by relocating some of the signs. The flashing sign on the north side of West Felton needs moving the other side of Dovaston Court as drivers are only slowing down after this junction. In Babbinswood on Berghill Lane, the National Speed Limit signs at the B5009 junction need moving away from the junction to the end of the houses on Berghill Lane. Residents have complained that this road is a rat run to/from Ellesmere Road. This simple move would stop the speeding past these houses.

Shropshire Council’s contractor, Ringway, taking 2 years to get double yellow lines implemented is far too long. 84 sites of concern were raised with Shropshire Council in 2015/16 but ONLY 10 were implemented. Only a maximum of 8 schemes will get funding this year. If the Conservatives are re-elected then projected reductions in the Highways budget threaten even this paltry effort.

If I get elected on May the 4th, I would aim to get more done to improve traffic calming and reduce excessive speed. More can and should be done than the Conservatives are managing.