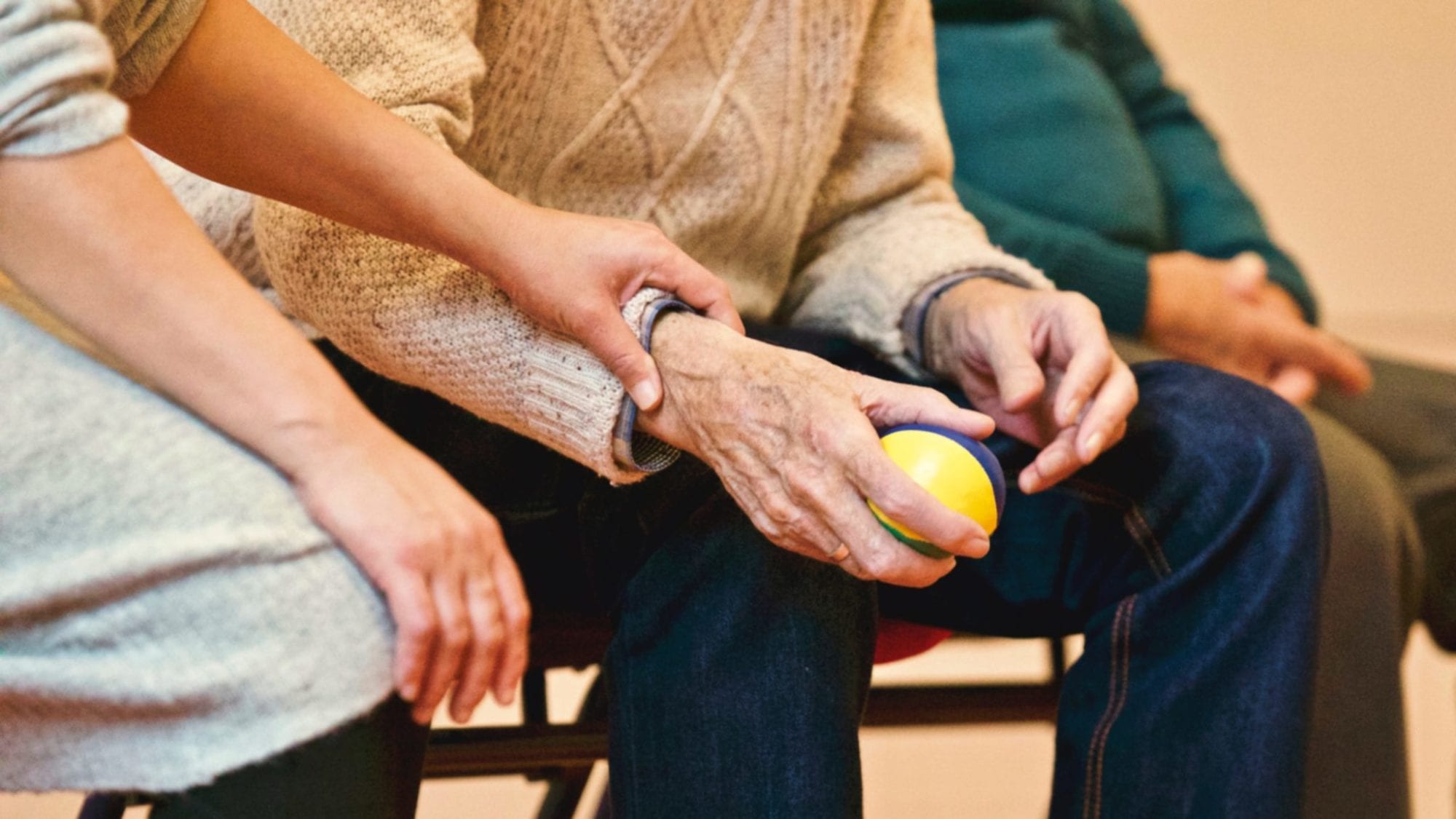 For a little while rumours circulated that The Court nursing home had closed. The nursing home in West Felton has now been put up for sale for £600,000 confirming The Court closure. This is sad news for the village and the wider community. Sad for the staff and the residents. It is never good when part of the fabric of a community closes. With towns and villages expanding, the population growing and ageing, you would expect facilities like these to be in higher demand. This only makes the sense of loss is more acute. Cllr David Walker waiting for the carnival parade outside The Court earlier in 2018. “Seeing the residents enjoy the carnival has been very touching. The Court closure could spell the end for heartwarming moments like these”

What the future holds for The Court remains to be seen. There is potential for it to continue as a care home, supported living accommodation, a bed and breakfast or for residential conversion. Any change of use would present different challenges for a purchaser. However, in the current climate where Social Services are facing huge financial pressures, the viability of that option remains uncertain. Potentially it could be purchased for conversion to a residential use.

Sadly, the funding crisis in Social Care continues unabated. The Conservatives have left them chronically under-funded, while need continues to grow and patient care suffers. Social care is facing a funding black hole of £2 billion this year alone and more than a million older people are missing out on the care that they need.

People are routinely left stranded in hospital after they finish their treatment because the follow-up care and support they need is not available. Nearly two-thirds of NHS Trusts ended the last financial year in deficit.

Yet Labour and Conservative politicians refuse to be honest with the public about the scale of the crisis or the tough decisions which are needed to protect these vital services.

Liberal Democrats recognise that Britain’s health and social care services are our most treasured national institutions. Any party seeking to lead the country should be prepared to take bold action to safeguard them. This isn’t about doing the easiest thing, it is about doing what is right and what is essential.

Secure the future of our NHS, focusing on social care and mental health with an extra £6bn per year, funded through a penny in the pound on income tax.

Care Home evictions due to closures were up by 40%

I don’t know the circumstances of The Court closure so it is hard to comment on that but certainly, the trend of closures due to the funding issues is a concern. I hope the residents of The Court and their families haven’t been impacted by this closure in this way. If it was without warning then my heart goes out to them for the disruption caused.

Last June The Telegraph reported a Forty per cent rise in care home residents being evicted because of closures quoting The association of Directors of adult social services in England (ADASS):

“Care home evictions as a result of closures have risen by almost 40 per cent in a year amid a growing crisis in social care, a new report warns

The audit by ADASS reveals that at least two-thirds of councils, and thousands of elderly residents, have experienced recent closures.

It follows warnings that such moves can threaten the health of the frail, with higher death rates found among those forced to undergo unplanned changes in accommodation.

The figures show 58 councils have seen residential and nursing homes go out of business within a six-month period, forcing the vulnerable into new accommodation.

Earlier this year The association of directors of adult social services in England (ADASS) reported that:

“The overall picture is of a sector struggling to meet need and maintain quality in the context of rising costs, increasingly complex care needs, a fragile provider market and pressures from an NHS which itself is in critical need of more funding…

“…The evidence shows that investing in adult social care gets results.”

If The Court closure is due to the general financial climate, the residents, their families and the staff will have felt the immediate impact. Ultimately we will all have lost out. Very sad for news everybody.