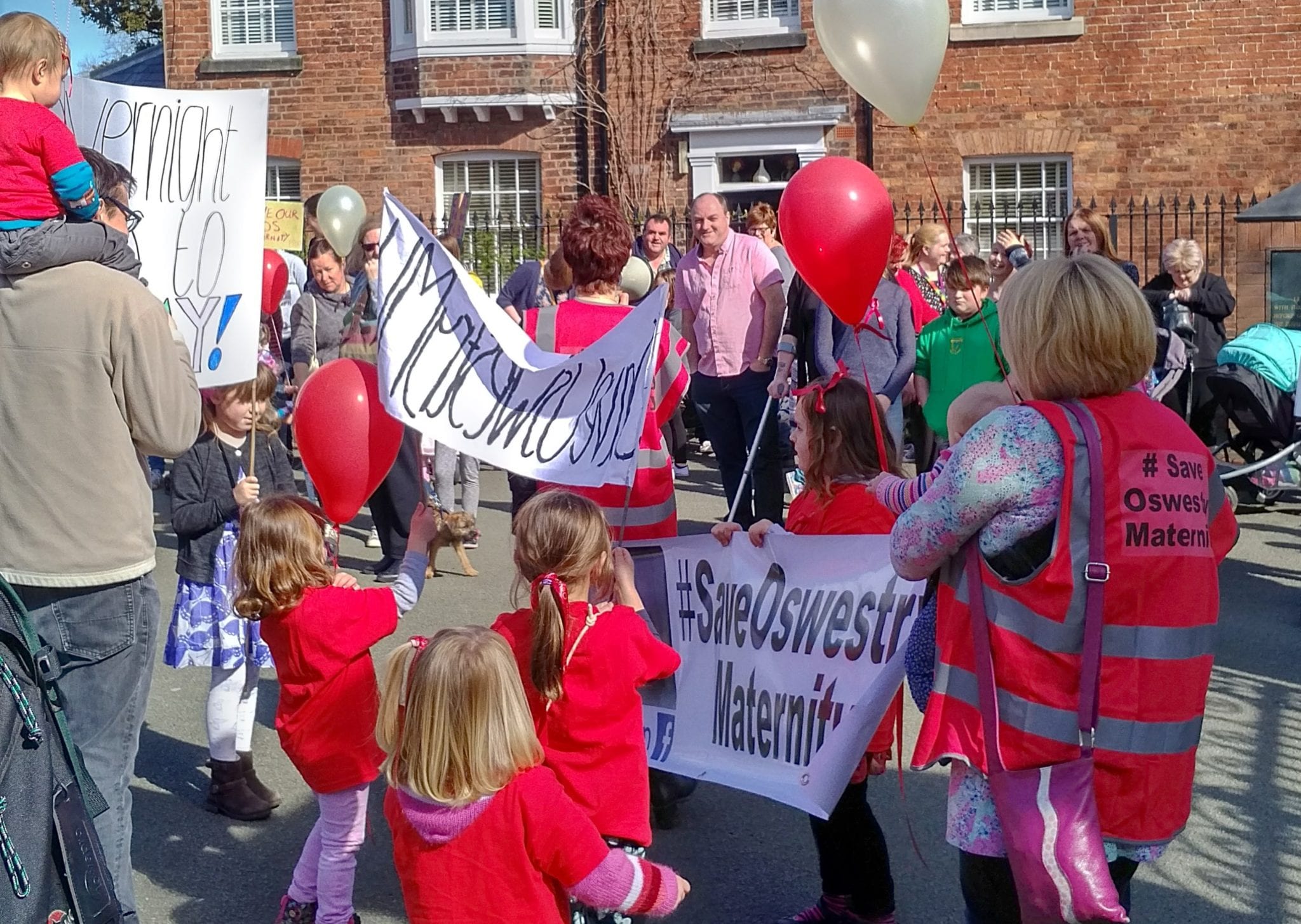 Last Saturday, 25th of March, LibDems joined hundreds of parents, children and concerned Shropshire residents to march against the threat to downgrade Shropshire’s Maternity Units. SaTH had previously produced a report as part of their budget which identified downgrading the units to Birthing Units, where expectant mothers would need to make an appointment to give birth at night.

Oswestry and Bridgnorth both had a march on Saturday. Ludlow had previously held a march to support their unit. Both were extremely well attended and the weather was glorious.

In Bridgnorth, they marched through the High Street to the Castle Grounds. Whilst in Oswestry they met in Cae Glas Park and paraded around the park. Both marches had a great turn out. Thank you to everybody who organised the marches and who attended to show their support.

The MLUs needs to stay open 24 hours a day and 7 days a week. Expectant mothers can’t be expected to deliver to order and to an appointment. Many sources have responded to campaigners that the MLUs aren’t going to be downgraded. Campaigners have remained cynical and kept up the pressure and the protest. The marches just being one element of that protest.

Late yesterday it emerged that SaTH were still going to go ahead with the downgrading the MLUs to a Birthing Units. The report for today’s board meeting shows that they aren’t going to be open at night, except for mothers already in labour.  Anybody who going into labour will either have to go elsewhere in an ambulance or potentially deliver in a car. Delivery can’t be planned to that extent so this policy is bonkers. Campaigners are rightly angry that they won’t have the same access to postnatal care after the downgrade.

If you haven’t signed the petitions of the Government website yet here are the links to both petitions:

Save Bridgnorth and Ludlow Maternity Units

Both petitions are currently running at about 2,200 online signatures at the time of writing this. There are the same again on the paper petition.