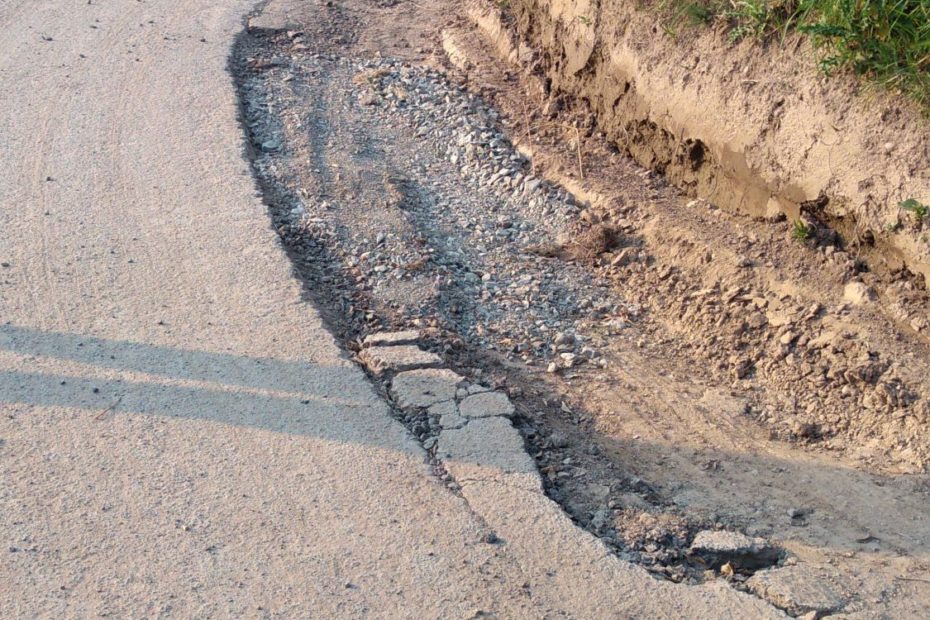 Shropshire’s pothole shambles doesn’t look like it will be ending any time soon. For the last few months since the new year, Shropshire Council has been using a ‘£1,000 a day Pothole Consultant‘ to improve the management and the quality of work in the Highways department. From the evidence I have seen and heard, I remain to be convinced that the consultant has made the difference that hefty contract required.

The ‘pothole consultant’ will have been paid in excess of £100,000 to make these changes. As yet I don’t know how many days he worked but initial estimates for the 6-month contract were going to total £130,000. The 6-month window had a max of 200 working days.

Last month the Shropshire Star reported that 12,000 potholes had been repaired in four months. Sounds good but bear in mind the pothole backlog was 45,000 potholes earlier in the year.
Shropshire Council under fire over record on pothole repairs across county.
Nowhere near enough preventative work is being done to stop the pothole and highways maintenance problems escalating.

Shropshire Council Highways have lost the plot and the Conservatives have control of road problems. Andy Boddington recently reported an issue in Ludlow where a Norwich sub-contractor had driven 200 miles to do unnecessary work while a more pressing nearby road was ignored. The Conservative-run council seem determined to waste our money hand over fist, despite the intervention of the ‘pothole contractor’.

On national pothole day, January the 15th, and the following weeks I reported a pile of potholes to Shropshire Council. The ones I am focusing on in this post were reported on the 15th of January.

Above is one of the potholes that I reported on National Pothole day. It was quickly filled a couple of weeks later. The fill wasn’t the worst but it wasn’t the best either – there was no sealing of the joints which would have stopped water penetrating the joints.

Whilst this pothole was dealt with within 2 weeks the one below, wasn’t dealt with until July. I also reported this on January the 15th. This is 330m further along the lane from the repaired pothole.

In March, a neighbour had thrown some hardcore into the now much larger pothole on the bend. Larger because nothing had been done to arrest the destruction of the road surface.

Shropshire Council came out to assess potholes on the lane. I drove past the van on the lane. Sure enough, when I returned three potholes had been marked and as had the bend. None of the 3 potholes were there in January. 1 of them was next to the pothole at the top of the page. This one was annoying. It only exists because of the lack of joint sealing. Water had penetrated, allowing a new pothole to blow out below the previous repair.

Shropshire Council’s contractor came out on to repair potholes. They filled the bend – driving past the 3 marked potholes twice to repair the bend – The lane is a dead end. This on its own was a huge waste of effort. I recorded the above video to express my frustration on the 23rd.

The quality of the repair on the bend left a lot to be desired. No proper compaction. Poor adhesion. The fill had been trampled by the cows heading to milking – all of whom marked their disapproval of the fill. The fill was so soft that you could push it with your finger.

The contractors had returned to fill 2 out of the 3 potholes. Why they left 1 that was also marked and only 5m from the other 2 I can’t fathom. A huge waste of effort and money. Assuming the leftover pothole gets filled, that will mean at least 5 man visits to repair a small cluster of potholes.

The pothole contractor had said at a meeting that he was reintroducing an area approach to stop this kind of thing happening. It was happening a lot because the contractor was just doing the literal work booked and not using their eyes.

Contact me if you see any similar wasted effort and a pothole shambles by you.