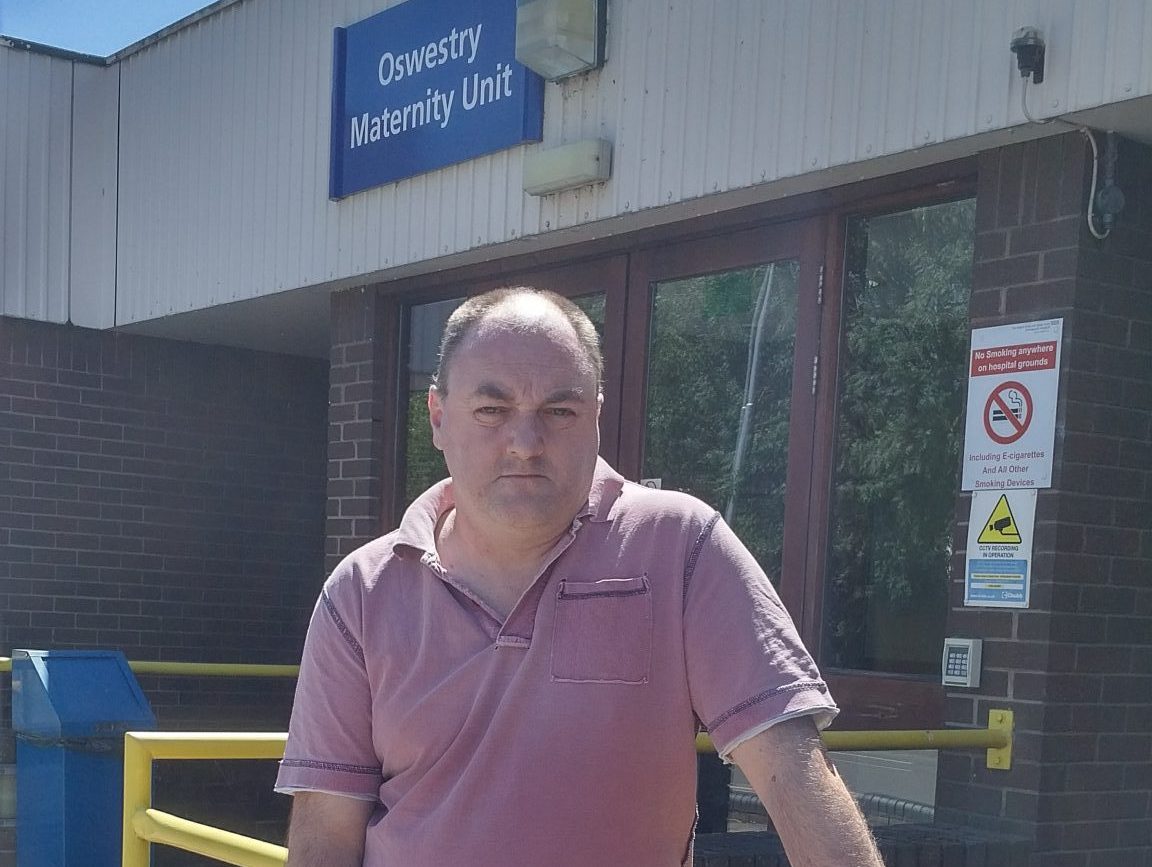 SaTH announced on the 19th of June that the Oswestry Maternity Unit along with the Bridgnorth and Ludlow units were going to remain closed for the foreseeable future. Previously SaTH were seeking people’s views on the temporary suspensions, and whether rotating 4 week suspensions of inpatient services is a ‘Good’ solution to the staff shortages problem. Now they will remain closed until the conclusion of consultations about their future, possibly indefinitely.

Residents, parents and politicians of all colours continue to express outrage at the ongoing Maternity Unit saga. After prolonged closures due to staff shortages at Telford – where expectant and recovering mothers were expected to use Telford or Wrexham units instead – we are now into a new set of extended closures. Many us have said that these closures are designed to run the service down to the point that they can justify permanent closures. This is a tactic that has been used before with Schools, Police, Fire and Ambulance stations to close facilities by stealth.

Repeated suspensions aren’t good for parent’s peace of mind at critical times of pre and post-natal care. Neither are temporary closures on an extended basis. Parents rightly expect to plan ahead and this mess can’t continue. Rural MLUs like Oswestry Maternity Unit should be open 24/7.

It would seem quite obvious that if you put parents off using a service by creating uncertainty, then they will stop using it. Using those reduced numbers to justify a closure is dishonest and disingenuous.

Campaigners have hit out at misleading figures that have been used to justify the closures. I volunteered as a Marshall for the march from The Bailey Head to Oswestry Maternity Unit last year.

Temporary suspension of services at Bridgnorth, Oswestry and Ludlow MLUs to continue

Inpatient services, including births, at Bridgnorth, Oswestry and Ludlow Midwife Led Units (MLUs) are to remain temporarily suspended in order to safely staff the units where most of our mothers are giving birth, as a period of focused engagement with service users begins.

The current suspension of births at the three MLUs will continue until the outcome of a period of engagement is known. This is to ensure the safe care of mums using Shropshire’s maternity services.

The suspension of inpatient services (births and postnatal care) will continue from 8am tomorrow (Wednesday 20 June). All three units will remain open between 8am and 8pm for antenatal and postnatal services.

Women booked to give birth at Bridgnorth, Oswestry and Ludlow MLUs who go into labour during this time will be offered a birth at either Shrewsbury or Wrekin MLU or the Consultant Led Unit at the Princess Royal Hospital in Telford; or they may choose the option of a home birth. If any women due to give birth at Bridgnorth, Oswestry or Ludlow MLU require support during this time they will be able to access a Midwife. All women potentially affected by the suspensions are being contacted.

Sarah Jamieson, Head of Midwifery at The Shrewsbury and Telford Hospital NHS Trust (SaTH), which runs the MLUs, said: “The circumstances which led to our decision to suspend some services from the 20 May remain unchanged. Unfortunately the issues which have been affecting our maternity service continue. With over 98% of our women giving birth away from our rural MLUs, we are having to deploy our midwives where our mothers are choosing, or are being assessed as needing, to be and ensure that our Consultant Led Unit and our larger Midwife Led Units are safely staffed.

“We are planning a period of focused engagement with our service users, during which time we will be seeking their views and feeding these back to the Trust Board. The time period for the engagement and details regarding how to get involved will be released shortly.

“I must again reiterate that decisions over staffing are made purely on the basis of safety. The safety of women and babies using our maternity services has been, and always will be, our number one priority.

“I would like to apologise for any inconvenience that this may cause.”