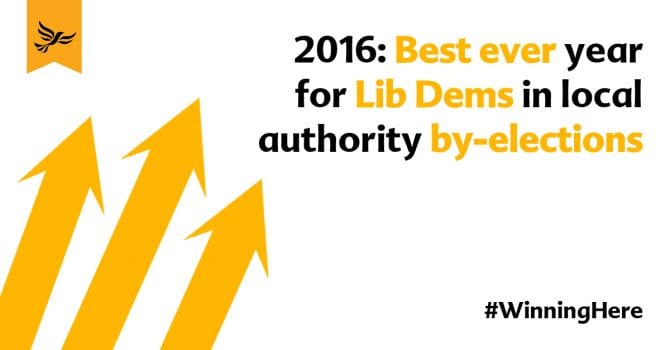 Tonight the Liberal Democrats have taken two seats (both of tonight’s by-elections) one from the Conservatives in Three Rivers and one from Labour in Sunderland. Both with big swings to the Lib Dems.

In the week of Jeremy Corbyn’s big, disastrous, relaunch, labour lost in Sunderland with a 36% swing. It looked on paper to be a LAB/UKIP contest with the Lib Dems in 4th with 4.5% only last May. In the referendum a month later 61% voted LEAVE on June 23rd.

Another altogether excellent day for the Liberal Democrats.