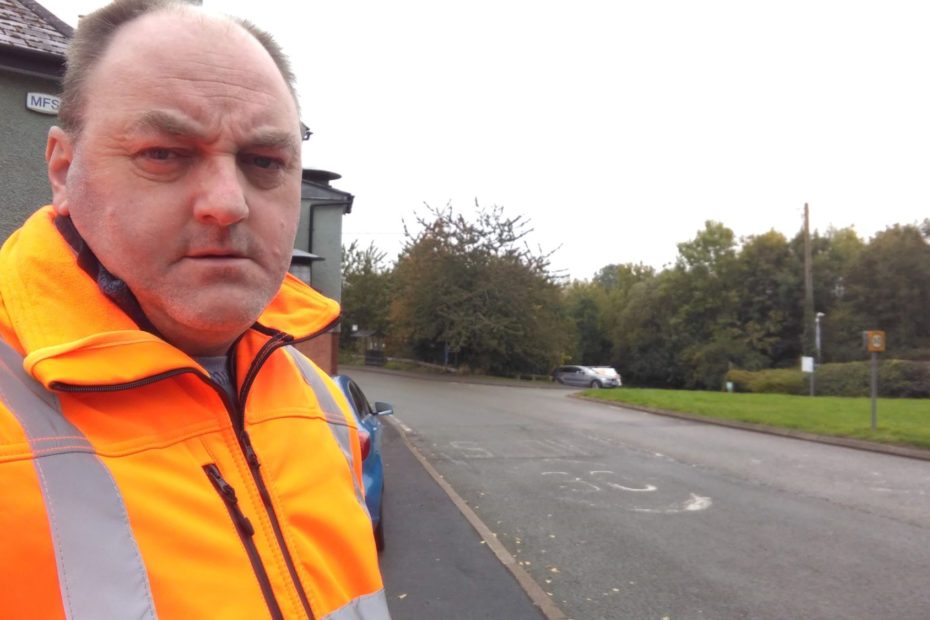 The B5009 will be closed from Wootton to Queens Head from the 11th to the 13th of November for surface dressing. Kier is carrying out the work on behalf of Shropshire Council. The road will be closed from 9:30 am to 4 pm each day. Welcome news if it means that the road markings get repainted. Usually, at the end of any resurfacing work, the white lines are repainted.

Hope they fix the fading road markings in Queens Head

The section of road outside the Queens Head pub has been in desperate need of repainting for some time.
I first raised this issue in 2017, before the last local elections. Thermoplastic paint degrades quickly in high wear areas and needs to be regularly refreshed.

While the West Felton side of Queens Head has an automatic speed sign to help reduce speeding through the settlement. There isn’t much at the A5 end to tell motorists that the speed limit is 30 miles per hour.

As drivers leave the A5, there isn’t much to tell them what the speed limit is. The 30 miles per hour roundels have worn away to almost nothing. On the left-hand side, the speed limit sign is buried in the bushes. The right-hand sign is missing entirely.

Unclear signage and road markings aren’t acceptable, especially in a transition area. Traffic should be slowing down to 30 miles per hour from the national speed limit. They won’t if they don’t get the usual reminders. That poses an accident risk to residents and other road users.

So hopefully the resurfacing will mean some newly painted road markings to improve overall safety and slow traffic. However, if past performance is a guide, then I am concerned that Shropshire Council may not refresh the white lines. They resurfaced the road to Whittington at the end of August yet, five weeks later, the white lines still haven’t been repainted. They should have been repainted the road straightaway. Such delays aren’t acceptable.

I hope Shropshire Council fixes the signage and the line markings are brought up to scratch as soon as possible before there is an accident.