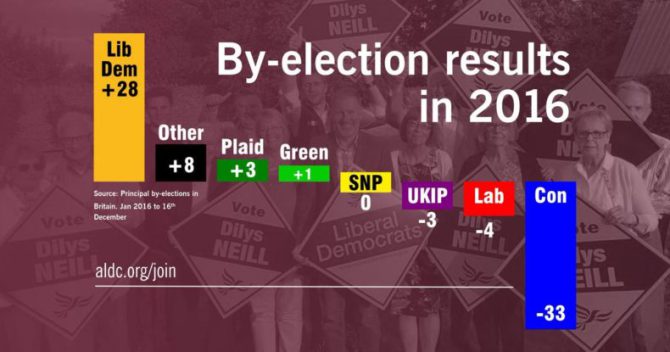 2016 has been an interesting year, full of contrasts and 2017 looks like being the same.

On a personal level, I have found happiness again with a relationship that has shifted my thinking considerably, caused me to turn my eyes away from my hometown of Bridgnorth towards North Shropshire again and West Felton in particular. Of these shifts is my decision to hitch my Wagon to Sandra and West Felton at the beginning of the year has resulted in another decision to stand for Shropshire Council for Whittington Ward in next May’s Elections. It is now over a decade since I was a County Councillor and my life has changed beyond recognition. Losing my seat by 38 votes & going through the wringer, several times over, in my personal life certainly changes your priorities and your perspective. Losing your wife 1 month before your 1st Wedding Aniversary and being made redundant does teach you life lessons most of us could do without learning but eventually have to. However, what doesn’t break you makes you stronger and I am a much stronger person than I have ever been before. On a political front, we have had Brexit tear up all of the accepted political norms of left and right. The spectrum of Libertarian, freedom and openness versus Authoritarian, centralised and closed has now taken a much bigger profile in the public mood. The political establishment, both the Conservatives and Labour, are deeply divided. The polarisation through the Brexit prism will certainly make the next set of elections very interesting. To top it all off the new World Leader is a nut cluster who will only make the world a less safe place.

For the Liberal Democrats, the year has seen their star rise once more, winning a host of council by-elections in 2016, a parliamentary by-election in Richmond park and two cracking results for the Lib Dems in both Whitney and Sleaford.  So the Lib Dems have 28 Net Gains in Council by-elections with swings of over 20%. In Westmister terms, their average vote share has gone up by nearly 20% to over 30%.

How the voting's gone in Westminster by-elections since Corbyn re-elected leader. pic.twitter.com/DboZboiVhv

Above all else lets hope 2017 is a great year and that we all can find hope and happiness again.